This may have been the toughest year that I have ever tried to narrow this list down to ten. So, yeah, I took some creative liberties and I added a few special mentions that I felt were noteworthy. There are no geographical boundaries to this list – these are simply the best shows that I saw in 2015.

10. Leon Bridges (w/ firekid). BottleTree Cafe. 3.10.15. This was the great BottleTree show before it ceremoniously closed its’ doors forever on March 28. That is, this will forever be etched in stone as the last show where patrons saw an act play in the venue, which held approximately 250 people (liberally), that went on to massive success. The Fort Worth native made his Saturday Night Live debut just eight months later, he has the theme to the new Will Smith movie and he is Grammy-bait.

Here is my interview with Leon before the show.

9. Andrew W.K. (w/ Girls Own Love: An All Female Andrew W.K. Tribute Band). Saturn. 9.15.15. At the end of this show, every audience member had been onstage, partying with the King of Partying. That included a lot of grown ass men that were over 30 and have kids; it included one grown ass man over 30 that has a metal rod in his knee.

It felt like we were all 17 again, if for only 70 minutes or so, and the security and staff at Saturn was incredibly generous and kind in allowing the peaceful mayhem.

8. GWAR (w/ Butcher Babies). Iron City. 9.4.15. GWAR didn’t pour fake blood all over us, but they did have other hilarious bits, like a dating app bit. GWAR was everything I had hoped that it would be and much more. Way over-the-top, rocking, funny.

Here is the interview that I did with Blothar before the show. 7. Jack White (w/ Loretta Lynn). Bridgestone Arena. 1.28.15. I had actually seen Jack White the night before at Humphrey Coliseum in Starkville, Mississippi, and that was maybe more interesting, as the opener, Chicano Batman, was among the worst openers that I have ever seen and Mississippi State couldn’t sell out a concert by one of the biggest rock stars in America, but no, this was the one. And it was because of Loretta Lynn. She did a full opening set, but she also joined Jack, and for the encore, Jack brought out the Raconteurs. 6. Tears for Fears. Bonnaroo. 6.12.15. Tears for Fears is the first band I have ever seen that walked onstage to a cover of one of their own songs. They played the hits, we drank beers and it all held up.

5. Dave Chappelle. Alabama Theater. 4.20.15. I don’t have a photo of the Dave Chappelle show because the only thing they could have done to be more strict about their “no cell phone” policy at this show would have been to take our phones. I don’t particularly remember one joke from the show. I just remember that I’ve rarely laughed harder, and it was amazing that we managed to get this show right here in Birmingham.

4. Jason Isbell & the 400 Unit – The Openers (St. Paul & the Broken Bones, Sturgill Simpson, Hurray for the Riff Raff, Chris Stapleton, Anderson East). Jimmie Rodgers Music Festival, Tuscaloosa Amphitheater, The Ryman, Lucas Theatre). Multiple dates. This is where I start cheating. A little. I included Jason this year because the collection of acts that I saw open for him is stunning. The first one, St. Paul & the Broken Bones at the Jimmie Rodgers Music Festival in Meridian, Mississippi was incredibly fortunate timing in front of one of the strangest crowds I have ever watched – Meridian has no idea what to do in front of live music. I don’t think this perfect storm can or will ever happen again, but for a bunch of Alabama boys, it was special and we raised a little hell.

Sturgill opened (along with Brandy Clark) for him at the Tuscaloosa Amphitheater, while I caught (deliberately because of the openers) Hurray for the Riff Raff and Chris Stapleton at The Ryman. One week later, Stapleton won CMA Album of the Year and exploded into the stratosphere. He has now sold out three headlining shows of his own on the same stage, just six weeks later.

Here was my interview with Stapleton this year.

Here was my interview with Anderson East this year.

Here’s where I really cheated. But because of the book, and because of this state’s amazing year in music, I found myself at a LOT of Shoals music events. And that first one there? That was an EVENT.

Billy Reid Shindig promised a “secret headliner” at the 700-seat Shoals Theater this year, and I managed to keep the secret from myself until about a half hour before the show. Alabama Shakes, on the heels of selling out Red Rocks and releasing and album nominated for Album of the Year at the Grammys played the tiny venue like it was an arena. HUGE light show, HUGE voice, HUGE show. And, I mean, Donnie Fritts and John Paul White had already opened the show, which should have been enough. When the curtain was raised as the first notes of “Future People” played, I got chills.

Fiddleworms became really special to me this year, and I was honored to be at the recording of their Live at The Nutthouse record and the release party at the Shoals Theater with The Pollies and Pine Hill Haints. And what an amazing lineup of guests! They all closed with a cover of Wet Willie’s “Keep on Smilin.'”

The Gardendale show was the first time I had gotten to really see Spooner and Dan Penn perform. It was at a record convention – really mesmerizing that these men that wrote these hits were playing in this room, but they sounded as great as they ever have.

John Paul White did a show at Workplay in November and he only played new music. The room remained silent and he killed the test run in front of a city that he described as “important to his career and one of his favorites.”

2. The Rolling Stones (w/ St. Paul & the Broken Bones). Bobby Dodd Stadium. 6.9.15. This was at the top of the bucket list for a long time, and it didn’t disappoint. And a little band from Birmingham, Alabama opened! Extra cool! 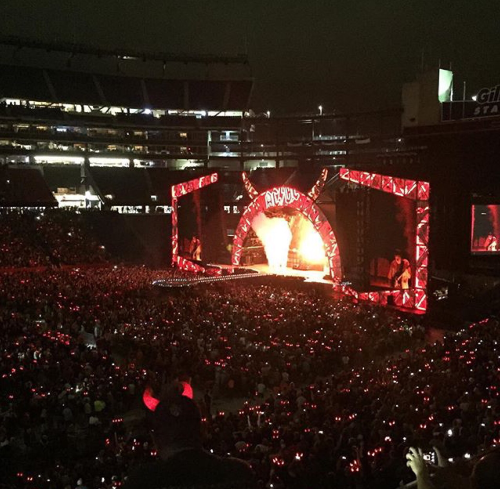 1. AC/DC. Gillette Stadium. 8.22.15. This was the crutch for an amazing trip to Boston that included a trip to Fenway Park. This was the biggest, dumbest, over-the-top Rock and roll show ever, from the music itself to the venue to everything about Foxboro. It was so big and dumb and fun, it topped the Stones for me this year. 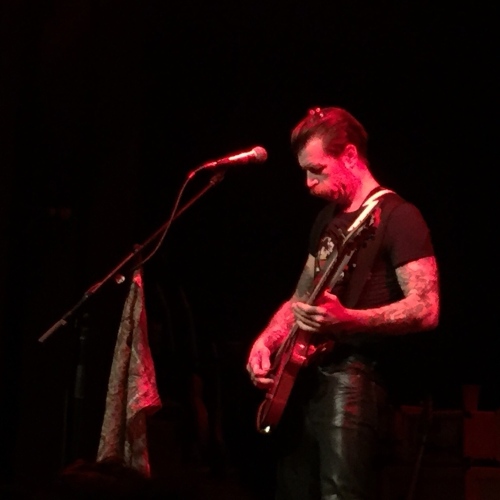 Much was made about the band in the wake of the incident, but here, I note it because their name was confused so much. Their music borders on parody, and it’s just good rock and roll fun.

I interviewed Jesse Hughes before the show.  And one day, I’ll post that unedited. But here’s the thing – I’ve interviewed hundreds of artists and Jesse Hughes was the first that ever said, “I’m going to leave you backstage passes. Come hang out with us.” And he actually did. I didn’t get to take the opportunity and I sorely regret it, but that he did it – I’ll never forget that moment or that conversation. We all try to attach ourselves to tragedy in an effort to better understand it, and while often it’s self-serving, I think it always comes from the right place. Mine is exactly that, too, but it’s mine. And as such, it hit a little closer to home.

Scott Weiland and the Wildabouts (w/ Highly Suspect). Zydeco. 4.26.15. We lost Scott Weiland this year – likely the last great rock star. He embodied it; he was the epitome of it. And I saw him at Zydeco in April. He looked pretty terrible, but he has for a while now. But he did a stellar show for around 200 people in a tiny Birmingham venue. He’ll probably be in the Rock and Roll Hall of Fame, and I’ll probably remember the show he did at Oak Mountain around 2000 where he draped himself in an American flag and dropped it to reveal he was wearing nothing underneath, running off stage with only his bare ass telling us goodbye.

Incidentally, Highly Suspect (which I thought was pretty awful) opened. They’re nominated for a Grammy for Rock Album of the Year.