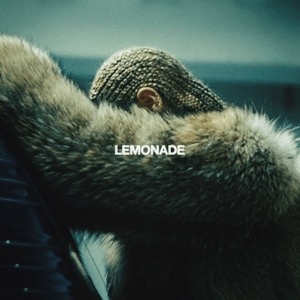 Making this list this year was simultaneously the most difficult it has ever been and the easiest. Ann Powers navigated this better than anyone that I saw, making her list the Top Ten (Beyond the Obvious). In that post, she says:

“The Knowles sisters, David Bowie and Frank Ocean made the best albums of 2016, according to virtually every list; only a handful of others deserve Top 10 status at all. The critical consensus is beginning to feel a bit suffocating; what about the hundreds, nay thousands, of other artists who released music this year to at least some acclaim?”

And she’s dead on. Personally, I’ve grown tired of these lists coming out on November 30. In a rush to be first, publications are sometimes missing great, late additions (D’Angelo’s Black Messiah in 2014 comes to mind). But this year, every list is the same and they’re all pretty much right. When I looked at Rolling Stone’s a month ago, I was angry because I knew it was basically the same list I had in my head.

So what now? Stay true to that list I had in my head or start over? I think I found a compromise. Two records this year were superior art, and I just can’t bring myself to rebel against listing them at the top. The other eight could have been any of about 50 other records: for all of the woe that 2016 threw our way, it threw us some of the best music that I can remember. So beyond my second album, I’m not going to debate you much. Notably, I excluded Life of Pablo, which I loved a lot.

I also notably excluded David Bowie’s Blackstar and Leonard Cohen’s You Want It Darker. Here’s why: I can’t decide if we all actually believe that these are two of the ten best albums recorded this year or if we think they are brilliant final records that were letters from beyond the grave. I love them both. I miss both artists. I don’t think the sentiment is hollow; it’s just blurry. Here again, they are among a group of about 50 albums that could be 2-10. I simply chose clarity over sentimentality.

10. Maren Morris – Hero: Maren is kind of doing what Kacey Musgraves did before her, but Maren has managed to walk on the right side of edgy and not be shunned by Nashville proper just yet. Look, I prefer Kacey’s way, and she put out one of my favorite Christmas albums of all time this year, but folks like Maren have got to fight that fight or folks will never hear of those artists that influenced them. Miranda Lambert (also with a fantastic record this year) is another that has become an expert at fighting that fight.

9. Amanda Shires – My Piece of Land: This is Amanda’s first record produced by Dave Cobb, and it has this Dave Cobb signature on it that I love – it begins soft and sweet and it reaches a driving rock and roll jam by the end. It gets progressively darker and heavier. I love that she brought back “Mineral Wells” and made it work in a new context amid a new collection of songs; a collection that was written during her pregnancy that reflect the uncertainty of major life changes. I love that she somehow found time to raise a one-year-old, tour this record and tour with her husband. She’s a badass and a phenomenal role model not just to Mercy, but to all women that hope to navigate both a family and a career without sacrificing one for the other.

8. Michael Kiwanuka – Love & Hate: – There have been a lot of years that this record may have been at the top of this list, and in this particular year, it isn’t in most people’s Top 50. I’m not sure that I can articulate what it is about this record; it’s simultaneously rocking and groovy and sexy. This record is the record to put on in the background of your adult party.

7. Solange – A Seat at the Table: GAH I DIDNT WANT TO GIVE IN AND PUT THIS ON THE LIST BUT ITS TOO GOOD NOT TO. Really, man. It just screams, “I’m so intellectual that I also know the woman that made the greatest record this year and maybe of all time has a sister that made one that may be better.” Well, first: it’s not better. But it’s not really comparable. It’s not high art, it’s just low key R&B goodness. I keep wanting to say Jill Scott, but that ain’t it. It’s good. And it’s not remotely Bey, so don’t judge them against one another.

6. Brent Cobb – Shine on Rainy Day: Brent’s second full-length album and first in ten years sounds like where I grew up. In a year that rural America demanded to be heard, Brent managed to eloquently paint pictures of flyover states. Because Brent is authentically from the middle of nowhere. Brent is ONE CMA away from being Chris Stapleton. And Brent is one of the nicest, funniest dudes there ever was. If his star is given a chance to shine, it’ll shine bright.

5. Car Seat Headrest – Teens of Denial: Here’s where I just fall in line. This is the best rock and roll record that has been released in years. It’s like Pearl Jam and The Cars and Pixies and Japandroids smashed into a casserole. It’s fantastic.

4. Radiohead – A Moon Shaped Pool: Radiohead made a new record. It was good.

3. Chance the Rapper – Coloring Book: The best rap record this year wasn’t really even an album; it was a “mixtape.” But whatever. It was better than Kanye because it never felt like it was trying to be artistic for the sake of art. It felt natural and autobiographical and personal, and surely, that’s because Chance is young yet and hasn’t told all of his own story.

2. Frank Ocean – blond: It’s sort of three albums under one umbrella, and the last one – the one that starts at “Facebook Story” and goes until the end is one of the most gorgeous things I have ever heard. “Godspeed” makes me want to weep, but oddly, so does the outtro coda thing, a minute or so after the final actual note of “Futura Free.” I flew a lot this year. I learned a lot about myself. It was introspective. And that stretch of songs soundtracked it.

1. Beyoncé – Lemonade: Trying to say this isn’t the album of the year is being deliberately weird. Like asking, “What’s a Star War?” It’s flawless. Further, people getting pissed about the Grammy rock nom haven’t listened to the song: it’s a rock song. Frank was perfect; Beyoncé was better.

5. Dylan LeBlanc – Cautionary Tale: I’m really happy that this January release hasn’t been neglected in year-end lists because it’s great, but its greatest accomplishment was uniting Dylan (or reuniting, as it were) with The Pollies. I love all of those guys and the live set is tighter than ever.

4. Future Elevators – Future Elevators: Michael Shackleford’s latest project is beautiful. Michael has long been at the heart of the music scene in Birmingham, and he’s surrounded himself by really talented folks. This one feels like the purest artistic expression of who Michael is, and its the path to something big.

3. St. Paul & the Broken Bones – Sea of Noise: This record was very important to this band’s future; maybe reinvention wasn’t necessary (as Alabama Shakes had done before), but the band needed…teeth. It needed to show that it was more than the show, and it executed. With this record, the band navigated sensitive, topical narratives with sincere empathy that never grazed awkward, which was a pretty remarkable feat. It’s also a memorable collection of songs. Birmingham’s biggest band needed to accomplish a certain thing here or perish, and they did it perfectly. And they continue to make me and the rest of the Magic City proud.

2. John Paul White – Beulah: I swear “Don’t Get Above Your Raisin'” came from a conversation I had with John Paul, but my mom still swears she saw Rick Springfield in a Madison Toys R Us in like 1986, too. Don’t reckon either of us will prove it.

1. Drive-By Truckers – American Band: Patterson Hood said of this record that it was important for the rest of America to hear an accent like his say that Black Lives Matter. He’s right, it is, and that will always strike me about what this band means to me, to where I grew up and to the South. The Boys from Alabama pissed off a lot of people that buy tickets to their shows with this record, but they’ve been doing that for 30 years, and that’s why we’ll remember them 30 years on.