Evolving and coming of age 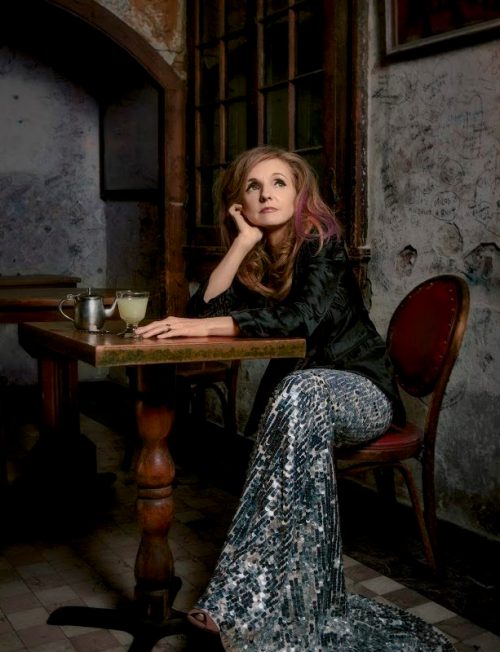 Patty Griffin grew up in Maine, but she now calls Austin, Texas home. It suits her and her sound better, though she’s never bothered to fight industry parameters.

That maxim has guided her art. She’s worked with everyone from Robert Plant to Dierks Bentley; been covered by everyone from Linda Ronstadt to Solomon Burke. She even recorded a gorgeous gospel record produced by Buddy Miller in 2013 titled Downtown Church, a nod to its recording happening within the Downtown Nashville Presbyterian Church.

“I guess ‘gospel’ means ‘good news, right?” she said. “And it’s rooted in Christianity. I’m not calling it a ‘genre,’ though,” she laughs. “I grew up Catholic and I felt like everybody I know was frightened of Christianity, but I feel like that’s sometimes tricky. I think that all of these religions should be inclusive, and I felt like the language had been taken over in a very conservative way. I was turned off by patriarchy and yet, it was my ancestral background; my connection to spirituality. I wanted to find a way back in through music, with the language of Christianity.”

Four years on now, relationships have come and gone and the earth has turned. But Griffin continues to see ways that the record’s narrative evolves with her own.

“I feel like the songs get more and more relevant to me as my life goes on,” she said. “They’re like reading a Rumi poem. They capture these things about being alive in a way that continues to move and be, and I feel like that’s a very difficult thing to do when talking about spirituality. Music and poetry does it really well.”

The record includes a traditional, sung in Spanish, which Griffin recorded with Raul Malo of The Mavericks. “Virgen de Guadalupe” took some work.

“I don’t speak Spanish very well,” she said. “As a matter of fact, there was a word on there that bugged the hell out of Raul and I was too tired to go back and fix it. He cringed every time he heard it.”
Her most recent record, Servant of Love, sometimes seemed a bit darker. It’s a release that she describes as “coming of age,” written at a monumental bridge in everyone’s life that she found herself crossing.

“I turned 50 when I was writing that record,” she said. “There are elements of a breakup in it, but the first record was much more of a breakup record than this one. I’m 53, and most of it is behind me now. And that’s a revelation that you reach. As much as I want to live to 106, I don’t think that I’m going to – so most of it is behind you. And there’s this sifting through that that happens automatically for people my age.”
Her return to Alabama with Lee Ann Womack comes after her visit to Opelika in 2016, when she came with Sara Watkins and Anais Mitchell. But she insists that surrounding herself with talented female artists on tour is happenstance.

“Lee Ann and I have been talking about doing this for awhile, and there’s really no career reason to do it,” she said. “We really, really love each other’s music and we like hanging out a lot. We don’t share a fan base. This feels like going out with your cousin or your best friend. I adore her.”

Patty Griffin and Lee Ann Womack open their joint tour at The Lyric Theater on Saturday, July 22. Doors open at 7 p.m. and the show begins at 8 p.m. Tickets are $37.