John Moreland returns to Birmingham with unreleased songs in tow 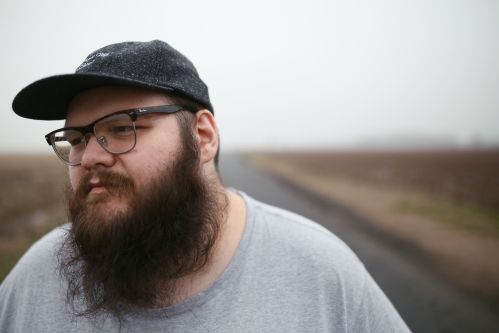 Alabama has known about John Moreland long before he was collecting praise from the likes of Miranda Lambert and Rachel Maddow. The Tulsa-based singer-songwriter began playing shows at Standard Deluxe in Waverly, Alabama years ago, behind his earlier works like In the Throes.

Much was made of how “sad” that record and High on Tulsa Heat, its successor, were. And when Moreland found love and released his 2017 album, Big Bad Luv, much was made of the contrast in mood; much was credited to finding that love. He spent time in that press cycle distancing himself from those narratives, asserting that the first two records shouldn’t be labeled as “sad” ones, nor should the latter be labeled “happy.” Now two years removed from the last one and with a new one in the can, he’s 34-years-old, and he asserts that age has made him less concerned with how any of it is perceived.He talked about that before his upcoming visit to Birmingham. He teased a little bit of the new record, which he just finished recording in Denton, Texas with Matt Pence (who is also the drummer on the record). He talked about what motivates him to write, and he talked about collaborating with his wife in an artistic way.

Your wife did the art work for your last record, Big Bad Luv. Is that something that you’ve grown to enjoy? Collaborating with her in artistic ways?

Oh yeah, totally. That’s always super fun. We’ve done a lot of my merch and show posters and a lot of the design stuff – I guess all of it now, really. We kind of do it together. That’s always really gratifying and enjoyable, for sure.

Doing the posters and all of the other designs – is that almost a full-time job for her now? Or does she still have time to do her own thing?

She does a lot of her own work. She does a lot of design work for other musicians, too. We usually – maybe once a year – we’ll do a whole bunch of designs and have that be the aesthetic for a year or so. Then we’ll rework it. It’s not too time consuming, I don’t think.

You’ve talked a lot over the past couple of years behind the press on that record that you hated being saddled with the label of “writing sad songs” all the time, and how a lot of people looked at this as a happier record. You found love. But you didn’t necessarily enjoy that perception either.

What perception is the aim? What do you hope that people take away from it?

Because of what you just said – how it made me think about, “What do I want?” Yeah, I didn’t want to be known as the sad guy and now I’m like, “Well, wait a minute, it’s not a happy record.” It’s shown me that caring about that at all is a waste of time. The older I get, I feel freer and freer of other people’s perceptions, and you start to see how little that matters. You get more comfortable doing your thing and that’s what I’m feeling lately.

I just finished recording a new album, actually. But I don’t think that it’s been long enough for me to know what it’s about yet. I don’t really think about what I’m writing about all that much, because I’ve found that when I do that, it makes it more difficult for me. It feels like I’m boxing myself in a little bit. I didn’t really write much for a while after Big Bad Luv came out, and then about six months ago, I got back in the habit of just writing on a more regular basis; trying not to think about it too much. I just wanted to write and see what comes out. Even if you don’t know consciously what you’re writing about, you’re writing about yourself.

Maybe over time, it’ll become a little more clear. I’ve found that songs that I had written years ago, I’ll have moments where I realize, “Oh yeah, that song I wrote three years ago – maybe this is what that part means.” You kind of grow into them or something. I haven’t thought about these new songs in that way yet. It’s been more in the immediate, musical sense. “How do we record these songs? Which instruments should be on them? What parts should go where?” Maybe in the coming months, I’ll get a chance to reflect on it more.

Will we hear some of those songs on these dates?

Yeah, I think we’ll probably play a couple of them.

Many of your peers have felt compelled to talk about and write about the state of the world around us and politics more in recent years. Is that something that motivates you to write? Or is it something you’d rather stay away from?

It does motivate me to write. I have trouble doing it sometimes in a way that I feel is helpful or worthwhile. But it definitely, I think, informed some of the new songs. At the same time, I don’t think I’m ever going to be overtly political; like, “Hey, everybody, listen up. I’ve got the answers. Here’s what we need to do.” The only thing I feel comfortable speaking as an authority on is my own thoughts and feelings. I try to stick to that. But politics does influence my thoughts and feelings, so naturally I guess it comes up.

Your guitarist, John Calvin Abney, has gone off and done his own solo thing. Is he still with you, too?

Yeah. He’ll be on this tour. He just did a European tour with Lee Bains III & the Glory Fires last month. He did that tour because we didn’t think we were going to be playing shows during that time, but that turned out to be wrong. So I played a few solo shows while he was in Europe with them. We met back up to finish recording last week. And, yeah, he’ll be on this tour.

A peer and fellow Oklahoman, Evan Felker (of Turnpike Troubadours), has publicly had a bit of a difficult time lately. Do you think they’ll see the other side of this?

It’s been about a year and a half since I’ve seen him. But I wish the best for him. They’re such a great band. He’s meant to be a songwriter and he’ll find his way to doing that again.

Sadler Vaden covered your “Nobody Gives a Damn About Songs Anymore” on his first solo record. How did you like his version?

I loved it! I was so happy that he did that. It was really cool to hear. I loved the 12-string, “Byrds-y/Petty” vibe to it. I was thrilled.

John Moreland returns to Saturn on Thursday, June 6. Early James and the Latest will open. Doors open at 8 p.m. and the show starts at 9 p.m. Tickets are $20.