Hayes Carll returns to Birmingham with ‘What It Is’ on Thursday 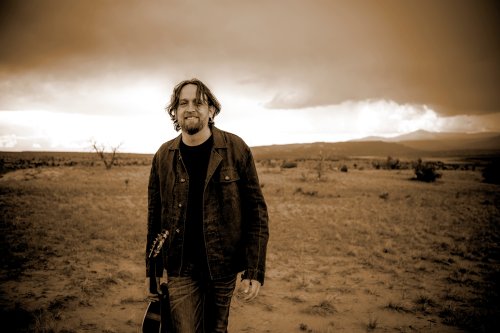 Hayes Carll is an honorary Alabamian of sorts, having married his longtime partner and Monroeville native Allison Moorer earlier this year. But he’s a Texan at heart. He was raised on Willie Nelson and Townes Van Zandt before making his way to Nashville, where the couple now resides.This year, he released What It Is to much critical acclaim. The record includes the lead single “None’ya,” along with older songs that he had written that were recorded by other artists, like “Jesus and Elvis,” a track cut by Kenny Chesney for 2016’s Cosmic Hallelujah. Ahead of his return to Birmingham, Carll talked about that track, his decision to open up more about his own beliefs and the gap between Texas and Nashville.

You’re originally a Texas guy, but you craft your songs like Nashville songwriters. Was that difference in styles something that you were always conscious of, or was that just the way you always did it?

I was obviously influenced by what was around me growing up, whether that was the immediate Texas country scene or the historical stuff; the more iconic songwriters, past and present. That was my early education. I think there’s a difference between Willie Nelson and maybe what was happening in Texas country in the early 2000s. I’ve always leaned more toward the Willie and the Townes kind of thing. I appreciate great songwriters. A lot of my favorite ones are from Texas. But there’s also Bob Dylan and Greg Brown and John Waite and John Prine. There’s a long list there, as well. I’ve just always been drawn to what I was drawn to and emulated my heroes whether they were from Texas or elsewhere.

Who was the first person that bridged that divide between Texas and Nashville?

There’s different generations of it. Before it sort of became a thing; I feel like the Willie and the Waylon and the Kristofferson and a whole slew of Texas writers and performers that became huge stars, but are identified maybe first and foremost as being Texans. That’s different to me; they had success on a national or international level. That’s different to me than maybe guys in future generations who had success primarily in Texas then sort of branched out from that later on.

When I was coming up some of the people that were good bridges between the Texas scene and what was happening nationwide was Robert Earl Keen, Jerry Jeff Walker and a generation down, my buddy Jack Ingram was kind of one of the first guys that I saw be hugely successful in Texas, but also be able to carry that across the border. A lot of guys couldn’t take it across the border, except Robert Earl and to a lesser degree, Jack. That translated. They didn’t have to just be in Texas. They were writing great songs that translated anywhere.

You included a song that you wrote a while ago – “Jesus and Elvis” – on What It Is. It’s a song of yours that Kenny Chesney had recorded on one of his albums. Is there a reason that you were motivated to put your own version into the world?

I just love the song. I thought it was a really cool song. It’s one of the first things that Allison and I wrote together, with Matraca Berg. I would have put it on my last record, but Kenny asked, “Can I cut it?” So I held it. Anytime you get an opportunity like that – well, maybe not any time – but in my situation, that was an opportunity that I didn’t want to pass up. Kenny can potentially reach a whole lot more people than I can. Financially, if it had been a single or the record had done well, then that would have been really lucrative, and I had plenty of other songs to put on a record. So I made the call to let Kenny do it and hope something big happens with it. And nothing really big happened with it, but still, that’s something that I would like to do more of – writing for other artists. That was a really good opportunity. Kenny has been very gracious and put faith in songs. Allison and Matraca both had a history with him; working with them and recording their stuff. So we gave it shot.

When it came time to do this last record, it had been a minute since Kenny had done it. And there’s probably not a ton of crossover between our audiences. So I put it on my record; did a different version of it. That was fun to do it all over it again but add some stuff that we hadn’t put in the first time.

You’ve gradually gotten a bit more outspoken about your beliefs over the past few years. Is that something you felt compelled to do as you watched your children grow older?

It’s a lot of things. Ultimately, it’s looking at my son as he grows into a man and realizing how much of what I do is important and influential to him. And thinking about what I want to show him. Do I want to show him somebody who is afraid to have an opinion or to voice it? Someone that lives in fear? Or someone that takes a stand about things that are important to them? I want him to be able to be able look at his dad and know that he didn’t back down about the things that he felt strongly about. That’s the main thing. I want to live a connected life and I don’t feel like living in fear of other people’s judgement. I have my beliefs, and I’m open to hearing anybody else’s on any conversation or any topic. There were a couple of times recently when I expressed those beliefs and I got a bit more blowback than I was anticipating. The immediate reaction from myself was that it made me want to stop. It made me want to hide who I was and not put myself out there. And that’s when I thought, “Is that really who I want to be? Is that how I really want to live?” No. So I had to make that conscious decision that this is important to me, and I’ll just deal with whatever comes along with that.

There’s a track on the record called “Fragile Men” that takes on some of your positions a bit. Where did that come from?

I wrote it with an artist named LoLo. We started it about patriarchy and things that she was dealing with in the music business. But as we were writing, Charlottesville happened, and we changed course a little bit; directed it at the white supremacists and Nazi crowd. It was just aimed to take the [expletive] out of them.