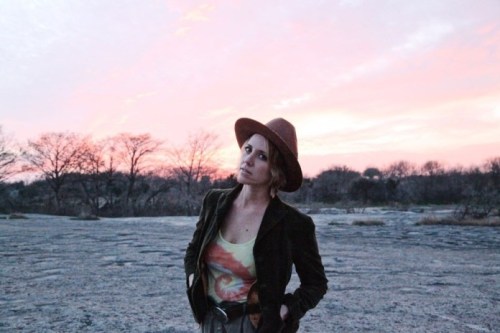 Nashville Noise is heading to Key West for Mile 0 Fest. The third-year festival welcomes Nashville residents and fixtures Jason Isbell & the 400 Unit as headliners this year, along with Randy Rogers Band, Robert Earl Keen, Whiskey Myers, Lucero, Wade Bowen, American Aquarium and dozens of others Americana acts. The festival’s scheduling has long been rooted deep in Texas and Oklahoma sounds, and early on, Texas singer-songwriter Jamie Lin Wilson was affectionately dubbed the “Queen of Key West” as she became one of its most visible mainstays. Having been a part of the lineup in each year of its existence, Wilson has helped create an inviting atmosphere that has given artists an opportunity to jam together. It’s allowed audiences to experience unique collaborations that they wouldn’t otherwise see.

Wilson talked to Nashville Noise about that environment and what makes it special. She also talked a bit about some of the special surprises that she has planned for this year’s edition.

You stay busy while you’re in Key West. It’s not just one set for you – you kind of bounce around and play a lot of different sets. This will be my first time, so I don’t really know what to expect…

That first year, I kind of got in by the skin of my teeth. They called me about it the day that I was leaving for vacation with my family, and we were doing an “unplugged” vacation; where I was not going to have my phone for a week. And I was like, “Let me call you back when I get back from this 1985 vacation…” And I forgot! They booked the whole thing and announced it, and I was like, “Wait, wait, wait! I didn’t get in!” And they squeezed me in at the last minute.

There’s a lot of multi-day festivals where everyone just kind of comes in for their set; and there’s festivals like Music Fest at Steamboat and now this one where you go and you play more than one set over a few days and you just stay. Because of that, everyone’s there the whole time and you’re jumping up on stages with your friends. You’re getting to go and watch other people’s sets. It’s really involved for everyone that’s there.

After that first year, people were like, “Wow! Jamie played with so many people!” And the reason is because they’re all my friends. It wasn’t like I was going around asking to play. We’re all just there and it’s like, “Hey, come play on my set.” American Aquarium, for example – I sing on their records. When we tour together, I get up and sing the songs that I sing on the records. Same thing with Wade Bowen – he sang on my record. Same thing with Bruce Robison and Cody Canada and the Departed – we’ve been in this long enough that we all collaborate with each other. Whenever we play shows together that aren’t at a festival, we end up having songs that we do together.

It just so happens that we’re all walking around together at the same place. And it’s like, “Okay, yeah, cool. BJ [Barham, American Aquarium] is going to play Thursday at 10. Are you free? Do you want to come?”

“Well, your song is the fifth song.”

Then, all of a sudden, it’s happening every day. Not to mention those of us that are super close. Like, Courtney [Patton], Jason [Eady] and Adam [Hood]. We play together all the time. Courtney is going to play my entire set with me. It’s a big party. It’s fun; it’s a fun experience for us because we never get to see each other in that capacity, and I think that makes for a fun experience for festival goers, too, because it’s things they won’t see.

You’ll have some interesting collaborations. One night, you have an “80s Ladies” set where you’ll be doing covers of songs by 80s female country artists. Did this idea kind of start when you were doing those shows in Texas last January with Mike and the Moonpies?

There’s so much of that stuff! We did that January Jamboree last year a few days between Steamboat and Key West with Mike and the Moonpies – a little run of Texas shows. I would play a set, then they would play a set, then we’d play a set together. It was a fun co-bill because we all know the same songs and our fans go well together. Then we get to Key West and on the first day – before the festival is supposed to start – there’s a pre-party. Somebody had to cancel, so they were shuffling around people to play the pre-party. There ended up being an open slot, and they said, “Can you and the Moonpies do your thing?” So we threw it together. I threw together a band; I think I got American Aquarium’s band. I asked them if they could play and they said sure. So I sent them songs, and they had four hours to go over these songs. [laughs] And we did it that night – Tuesday night last year. It was so fun and such a great time. A bunch of other artists came out and jumped on, too. It was a really great time.

This year, they did it again. They just scheduled it and called it “Honky Tonk Tuesday.” So for the pre-party, my band and the Moonpies are going to do the same thing again – two band sets then a set of covers we both know for 30-45 minutes. Sometimes, there ends up being eight or nine people onstage. Two steel guitars next to each other; between the two bands, there’s actually three pedal steel players, because their bass player also plays pedal steel.

On Friday night, Courtney Patton and I are hosting that “80s Ladies” night. Every girl will come up and do a song from the 80s or two, and some of the guys will come up and do duets that were fun and famous. Adam [Hood] and Jason [Eady] are both coming to do one. Mike [Harmeier, Mike and the Moonpies] is coming to do one. Willy Braun [Reckless Kelly] is going to be the drummer for it. Courtney and I are going to dress up; we’re going to encourage people to dress up 80s-style. I’m trying to really organize that one, because I can only really handle one mess per festival. That unorganized mess will be Saturday night, which is my jam. That one is whoever, whenever. Come up and play a song and we’ll follow you. It always ends up way better than it seems like it’s going to be. [laughs]

On the topic of “80s Ladies” and country music, I’d be remiss to not ask you what you think of CMT’s new initiative to play an equal amount of female artists as male artists during their music video hours.

Well, it makes me wish that I had a music video. [laughs] I think it’s great! Of course! Any step in the right direction. I’ve never been in the mainstream game, so whenever we talk about the lack of women on mainstream radio, it’s not like I go, “They’re not letting me in!” or whatever. It’s not ever really been my goal. But that means I can look at it from an objective point of view and my objective point of view is that whenever we were little, at any given time, we could turn on the radio and hear a number of female voices: Pam Tillis, Patty Loveless, Reba McEntire, Tanya Tucker, Lorrie Morgan, the Forester Sisters, Suzy Boguss, Terri Clark, Trisha Yearwood, Faith Hill…there were so many. And when I was little and loved to sing, those were the songs that I knew by heart. That’s how I learned to sing. That’s how I learned to sing harmonies. That’s how I learned to love music and love music and love melodies. And now, the little girls that love to sing have three choices whenever they turn on the radio. Unless their parents know of a fringe country singer – unless they know to go look for those other voices – those little girls are stuck listening to whatever comes on the radio when they ride to school. And all of those voices are male. And they are all singing the same song. And when there is a female voice, they assume that the only way you can be a girl singer is if you sound like Kelsea Ballerini or whoever happens to be pairing up with a male to sing a duet so that their songs get on the radio.

That is the trouble. Other than the fact that it’s just plain not fair to the artists that are working really hard and writing really good songs; it might be that the quality of women’s songs right now is higher than the quality of mainstream male songs. Maybe radio is being judgemental toward its audience in thinking that its audience won’t dig a song that has a deeper meaning. Maybe they’re just sexist; that’s a possibility as well. But either way, the real hurt in it is not only for those women who aren’t being played, but for the little girls that love to sing.

Comfortable shoes, because you’re going to be walking.

But also, know that this isn’t a fashion show festival. This isn’t Coachella. There are going to be 55-year-old men in white walking shoes and cargo shorts. You’ll see 30-year-old girls in sun hats and sundresses. If I were a festival goer, I’d pack whatever makes her feel cute and comfortable. And maybe a light sweater for the nighttime.

I mostly just wear my regular clothes [laughs]. And maybe pack a couple of things that make me feel like I’m at the beach.