Niki’s West: Ranking Everything on the Friday Steam Table

Between Independence Day and Labor Day, I ate at Niki’s West each Friday. In a pandemic world, it was the smallest future trip that I could take. An argument that has been made for a return to our normal lives is “personal responsibility,” and I largely agree with the notion. I don’t believe that many are capable of living within a “personal responsibility” that accounts for the lives of others.

And that’s tricky. Because it all comes down to obligations versus choice. And there are basically three things that we talk about reopening that aren’t complete choices for the participants: work, school and college football. You gotta work. You gotta go to school. And college football is a combination of those two things. That’s not the same, really, with high school football or, certainly, with the NFL.

Restaurants are part of that discussion. People have to work. And if people in the restaurant industry have to work, they have to have customers. So…the solution, I suppose, is a matter of balance between personal responsibility and…tipping those people very well.

So between Independence Day and Labor Day, I ate at Niki’s West every Friday. Because Niki’s West opened in 1957. It has survived being in a terrible location (geographically, to anything convenient in Birmingham) and a mighty renaissance of Birmingham food. If this restaurant has been able to adapt for 63 years, I felt comfortable that it could adapt to Covid-19 protocols. It did.

Anyway, politics aside, I will now rank everything on the Friday steam table at Niki’s West. 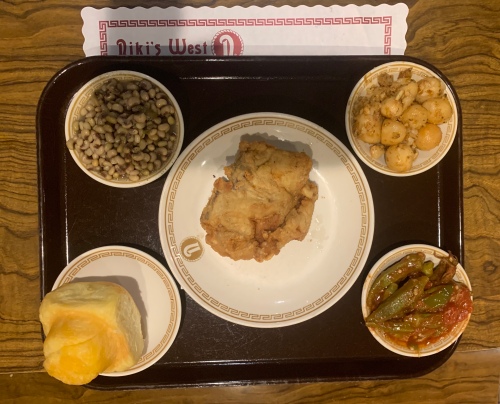 7. Turkey and Dressing with Gravy

8. Liver and Onions (I had never had liver and onions! It wasn’t awful! I don’t really want to eat it again, though!) 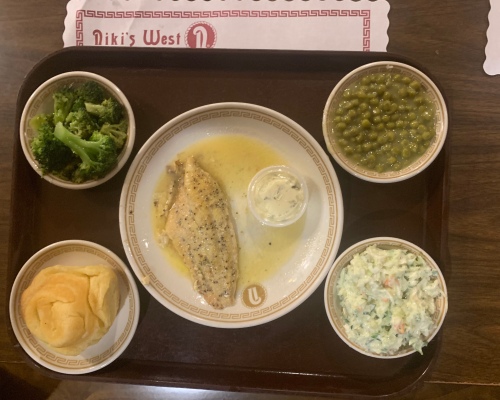 4. Potato Salad (the potato salad is at the end of the steam table by the house salad and before the desserts)

12. Rutabagas (another stunner! I had never even eaten a rutabaga!)

13. Cole Slaw (also down at the end of the steam table by the house salad and desserts)

14. Beets (I surprisingly like beets. I kind of always have. These are also near the salads and desserts.)

15. Squash and onions (Not necessarily my thing but Niki’s does this very well.)

18. Niki’s Slaw (it’s just John’s Slaw, which is, like, cabbage, with essentially French dressing on it. Also by the salads and desserts)

22. Rice and Gravy (truly the most boring thing on the table. It is exactly what it says it is. It’s not bad, but it’s, rice. And gravy.)

23. Carrots (this was basically Gerber baby food. I have not had Gerber as an adult, but it would have been better if it had just been, ya know, carrots. This was warm mushy carrots.)

24. Sweet potatoes (I have never had anything this bland in my life.)

*I did not eat dessert every week.