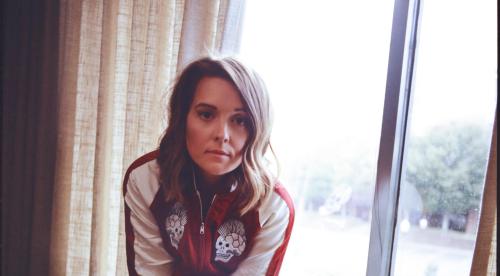 Brandi Carlile has quite a history with the Magic City. It’s been a regular tour stop that has seen most every room in town; from the WorkPlay Theatre to the Alabama Theater. Scott Register of Birmingham Mountain Radio has been one of her biggest supporters from the beginning — it was his show’s 15th anniversary party that invited Carlile to the “Showplace of the South.”
“I’ve always felt accepted and surrounded with love in Birmingham,” Carlile said. “The earth there has a heavy past and it’s taken its toll, but it’s also been a front row seat for civil rights disobedience in a way that gives it a humble soul.”

Birmingham’s acceptance of its LGBT community has always felt progressive to Carlile, not unlike other comparatively-sized American cities.

“I’ve noticed that there are many cities that feel progressive to me in contract and almost in response to their surroundings politically,” she said. “These oases are concentrations of extreme generosity and grace as a consequence. Salt Lake City, Austin, Ashville and Birmingham are all such places to me. I feel right at home.”

She returns this weekend behind her 2015 release The Firewatcher’s Daughter, her fifth studio album. It’s a rich collection of songs that includes “Wherever is Your Heart,” “The Eye” and a cover of the Avett Brothers’ tune “Murder in the City.”

“The Avetts, like the grace-filled preachers they are, supported my interpretation of that song whole-heartedly and completely embraced and held it up,” she said. “One time I told Scott [Avett] that by his lyrics, I thought he might be reading Brennan Manning or Rob Bell. He said, ‘Mostly, I read a lot of Tolstoy but I love all those Christian socialist folks!’ I loved that statement, and I’ve carried it with me.”

Carlile has covered a lot of songs over the course of her career. From Fleetwood Mac to Jeff Buckley and Patsy Cline to Johnny Cash — some make the cut on records, like the aforementioned Avett Brothers tune, but their inclusion in the live show is almost always a given.

“Most of the artists I’ve been ultimately influenced by are great interpreters: Elton John, Patsy Cline — in fact, all of those great country acts covered each other,” she said. “Kris Kristofferson, Johnny Cash –— and the other way around. It’s how and why we have the standards that we have today. I think more current artists should cover each other when there’s a great song on the scene like, say, ‘Take Me to Church’ by Hozier or ‘Wonderful’ by My Morning Jacket.”

Carlile worked with John on her record Give Up the Ghost. It was a star-studded affair which also included collaborations with Amy Ray of the Indigo Girls and Benmont Tench of Tom Petty and the Heartbreakers. She was heavily influenced by John and Ray, and consistently gravitates back to their music.

“I think being honest about what we mean to each other is one way of immortalizing the musical community and forcing us together in collaboration with the power of these experiences,” she said.

Carlile is from Ravendale, Wash., which feels surprising. She’s been doing “Americana” longer than the genre was an end-all for critics to toss everything that had too much twang to be rock and roll and too much electric guitar to be country into. And her relationship with the South makes her feel like a native.

“I am weirdly connected to the South,” she said. “I think northern country people have almost something to prove loving roots music and identifying with a rural lifestyle but not being from the South. In a way, its influence gets concentrated on us from the outside looking in. It’s the quaint Southern snow globe that we can’t help but try to get inside of. For me, classic country music, stars and culture were such a part of my upbringing that I didn’t know there was a difference in proximity. The only real cowboys I knew were from Minnesota. I think I still see it that way.

She quotes Emily Saliers of the Indigo Girls, “When god made me born a Yankee, he was teasin.”

Brandi Carlile performs at Iron City on Sunday, October 4. Doors open at 7 p.m., while the show begins at 8 p.m. Rachael Hester opens. Tickets are $37.50 in advance and $40 at the door. For more information, visit ironcitybham.com.