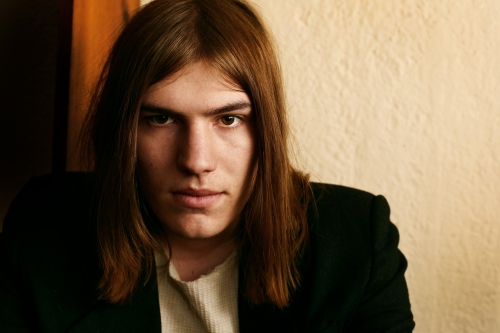 It feels like Dylan LeBlanc should be older than 25. His debut, Paupers Field, was released when he was just 20-years-old, and the Muscle Shoals singer-songwriter is now readying his third; a much quicker ascent than most of his peers in Northwest Alabama. But he’s always been around it – his dad, James, moved from Shreveport to Muscle Shoals to begin a writing career at FAME when Dylan was young. Because of the move, Dylan has spent most of his life migrating between the two cities.

Now he’s found love, he’s sober and he’s begun to settle in from his nomadic lifestyle.

“[Muscle Shoals] has always been a good place to get work done,” he says. “It’s quieter. The focus is more intense here. I’m able to get away from outside circumstances that hinder me in a bigger city like Shreveport.”

That harvested Cautionary Tale, LeBlanc’s first record with Florence’s Single Lock Records due on January 15. LeBlanc’s first two albums were released on Rough Trade, and the new record spent some time in limbo while both parties weighed the label’s option for two more records. A mutual separation was in everyone’s best interest.

“They sensed that Single Lock might have a better feeling for what to do with it,” he said.

Who would know what to do with the record more than the man that introduced LeBlanc to most of his favorite artists? Single Lock co-founder and Alabama Shakes touring member Ben Tanner spent long hours with all musicians in the Shoals. When Dylan’s father began writing at FAME, Tanner was the studio engineer and he would record sessions after hours for artists like LeBlanc when the latter was still a teenager. LeBlanc had no idea that there was a market for what he was creating.

“He gave me a CD of mp3’s,” said LeBlanc. “Springsteen’s catalog, Wilco’s catalog, Ryan Adams’s catalog, My Morning Jacket’s catalog – it made me feel good and I was turned on to this music I had never heard before. It was an uplifting feeling to know that there was a market for me out there that I didn’t know existed. All I had listened to before that was classic rock or classic country. The first time Ben played me ‘Hallelujah’ by Jeff Buckley, I had hair standing on my arms for three days because I listened to it for three days straight without stopping. In Shreveport, we just listened to what was on the radio. At that time, that was Linkin Park. And I just hated it. It never connected with me. The country stuff like Alan Jackson or Toby Keith…and there was a big metal scene in Shreveport, too. I didn’t connect with that.”

When his girlfriend, musician Jenny Marie Keris, moved from New Jersey to Florence, pieces began coming together. His father was still there. And now his label is there.

“I had gotten a few other offers, but it felt like the best place to be was with people that I knew would have my back and my best interest at hear,” he said of the Single Lock deal. “I like what they’re doing – helping local artists make records.”

Cautionary Tale includes a track with Brittany Howard of Alabama Shakes called “Easy Way Out.” Those pieces came together naturally, through Tanner.

“We had hung out in Amsterdam and I had her number,” LeBlanc said. “We were doing ‘Easy Way Out’ and I told Ben, ‘Man, Brittany would slay on this.’ And he told me to ask her. Zac [Cockrell] was already playing bass on the record. She hopped on board really quickly and she did a great job.”

The album arrives at the end of a string of big releases for the young label, as The Pollies just released Not Here and Donnie Fritts’s Oh My Goodness comes in October.

Dylan LeBlanc opens for David Ramirez at the Workplay Theatre on Sunday, October 4. The show begins at 8:30 p.m., and Dylan is the first act. Tickets are $12 in advance and $14 on the day of the show.