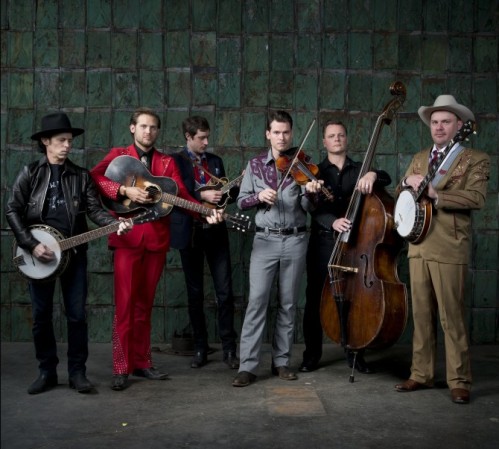 “Have you been to Nashville over the past decade, Birmingham?” Ketch Secor asks. “Don’t let it happen to you, Birmingham. Keep the peanut roasters in downtown Birmingham. Once you lose them, they’re gone forever. Nashville will never get back its peanut roasters. Never. We traded them in for yoga latte poses. With wifi.”Old Crow Medicine Show calls new Nashville home, but it’s old Nashville. The band was formally inducted into the Grand Ole Opry in 2013, but it has been the bearer of its oldest traditions for much longer. Secor, the lead vocalist of the old-time string band, isn’t particularly a fan of what his adopted home has become.

The band began recording in 1998, and they added an inescapable song to the landscape of Americana before Americana was really a thing, “Wagon Wheel,” an unfinished song of Bob Dylan’s that the band shaped into its own hit. It’s been covered countless times, including by pop-rock gone country singer Darius Rucker.

“It was so cool to have mainstream success that we didn’t have to be beholden to,” Secor said of Rucker’s cover. “Anybody that’s had the kind of commercial success that Darius has had — it’s a powerful force. And you’re beholden to it. But we aren’t. Darius just held up our John 3:16 sign behind the catcher, the way they used to do. But we didn’t have to hold it, and we don’t have to go find another sign to pick up either.”

That liberty has positioned Old Crow Medicine Show to be exactly what it always wanted to be, and with a bigger audience.

“I’m out to champion the cause of who I perceive to be the heroes of country music,” he said. “Ira and Charlie Louvin, Alton and Rabon Delmore —. Just to name a couple of Alabamians. These folks have been forgotten by country music. And maybe you won’t remember them and you’ll just remember Old Crow, but I remember them, and Old Crow remembers them. So if you like us, then you like them, too. If you like us, you’re liking what Roy Acuff thinks about country music.

“I’m out to change country music. I want Old Crow’s fiddle and banjo to bust the gates wide open so that we can all storm the temple. And it’s really important that mainstream success be a part of that. Darius is helping me do that.”

Could an old-time string band be the gateway for Rucker to storm the Smokies with adult contemporary?

“That would have been the one I wanted to pick up,” Secor says of possibly covering “Hold My Hand.” “Or I’m kind of more into ‘Only Wanna Be With You.’ That’s kind of my jam.”

When Old Crow Medicine Show arrived, it embodied a renaissance. What the band was doing was as old as music itself, but reviving it was not. Now, it’s the new normal. It’s the new Americana. It’s the traditional Opry in an age when someone like Carrie Underwood is the new Opry. Finding that sound in the mid-’90s was an adventure. It wasn’t really a thing.

“Culturally, you’d walk through the RV Park of throbbing bluegrass music, and then up on the hill, you’d see something that looked sort of dangerous,” he said. “A bearded, long-haired violin player. Everybody still had a twang in their voice, but there were back-to-the-landers and old hippies, all grown up. It was just a really exciting bunch of musicians to want to be around. They made the music really fiery to a young and impressionable fiddler like me.”

Old Crow Medicine Show was sort of filed under “Americana” before that was a widely accepted label, too. Only this year has “Americana” received a place on the Billboard charts, and it may still not be what most accurately describes the band. They’re old-time. But maybe old-time is new, too.

Photo courtesy of the artist.

“Labels and music — some of them are really old and some of them are really new,” he said. “Americana is, of course, a really recent addition. Old-time music is a term that predates hillbilly or country. It certainly predates country music. ‘Old-time’ music is what the catalogs in the 1920s said about fiddle music. Bluegrass was a term that came up in the 1940s. Before that, they used the term ‘string-band.’ They’re all just different ways to classify the sounds that a listener is hearing. But it’s all folk music. Every lick of it. It’s all just different shades of folk music. To me, that’s the catch-all term. I don’t put a lot of faith into the Americana. It feels like a lint trap on the spin cycle of country music. Americana is made up of all of the artists that don’t sell a whole lot of records anymore. There’s what’s on the radio, and then there’s the rest.”

Now, they’re nine records deep into being the band that began to blur those lines.

“The Opry is a long-term process,” he said. “What you’re hearing now has more to do with Roy Acuff’s decisions in the 1970s than it has to do with anything in this millennium. Roy’s powerful call to a return to traditionalism is still heard. And now the question is, ‘What is traditional?’ And by choosing a band — by choosing our band — the Opry defines what traditional, hillbilly string-band music sounds like. It sounds like the Old Crow Medicine Show. The Opry sounds like the Old Crow Medicine Show. Boy, isn’t that something? [laughs]. Who would have thought that? I never thought that I would be able to say that sentence and have it be true.”

Old Crow Medicine Show comes to Iron City on Friday, June 24. Doors open at 7 p.m. and the show begins at 8 p.m. Parker Millsap opens. Tickets are $39.50 in advance and $45 at the door. For more information, visit ironcitybham.com.