I got way into EDM this year. The world is a dark and sad place and one day this summer at the pool, I was surrounded by youths and they were all listening to EDM. It made me feel a lot better than my usual fare. Though, none of that really made this list of my favorite works of art in 2018. I guess that’s largely because most EDM is taken in small doses (I don’t think I intend that to be a pun). Here are some tracks I particularly loved this year, many of which carry me to a very specific time and place – and that type of song is special.

That’s a few. But isn’t music being consumed in smaller portions now either way? Albums are a bit antiquated. But it’s still how I grew up consuming music, and there were still a LOT of great ones. In fact, I have ten extra honorable mentions this year. That’s, like, way more than I usually allow myself. But it was a great year. If you don’t think great music is being made nowadays, you’re not looking. And I get that – there’s a lot of it. It’s overwhelming. And you just want something to distract you in 280 traffic while you argue about what to pick up for dinner.

I’ll start with a mostly firm top ten that barely cheats to stay at that number.

10. The Dirty Nil – Master Volume. Big dumb fun rock and roll. If you like White Reaper or Diarrhea Planet, this is for you. 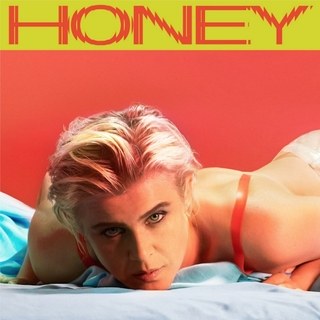 9. Robyn – Honey. Big dumb fun pop record. If you like dancing in the car with the widows rolled down, this is for you.

8. Timber – The Family/Will Stewart – County Seat. Birmingham’s own Will Stewart had a hand in TWO of my favorite records this year, so he’s going to share a spot with himself. The former, a collaboration with the legendary Janet Simpson-Templin, features a final track by her called “Move” that is one of the most gorgeous things I have ever heard. The latter inches a bit closer to being a country record with a beautiful closer of its own called “Mine is a Lonely Life” and a track that gained some mainstream play on stations like Birmingham Mountain Radio called “Sipsey.” Will has been part of  some of the most interesting art being created in Birmingham over the past year or so; eager to see what’s next.

I talked to Janet and Will about this project before their official Birmingham release show in November.

7. Let’s Eat Grandma – I’m All Ears. This weird, industrial-pop record from the U.K. feels like what we thought the future of music would sound like. It can be a little clunky and a few of the tracks probably run a little long, but it’s the record that most challenged whatever we consider normal to be in 2018.

6. Anderson .Paak – Oxnard. This record is another in a long line that proved why these lists shouldn’t be wrapped up by December 1. I think it got in under the wire for most lists, but barely. It’s an R&B record that didn’t particularly take itself too seriously, that managed to feature the likes of Dr. Dre, Kendrick Lamar, Pusha T, J Cole, Q-Tip and Snoop Dogg. It’s easy to point to the Kendrick collaboration “Tints” as the highlight, but I’d probably lean more toward “6 Summers.” In either case, it’s a record that is so deep, your favorite track is subject to change on each listen.

5. Ezra Furman – Transangelic Exodus – I love this record a lot. A weird  rock opera about escaping a mental hospital to be with a lover. A record filled with tracks that explore Furman’s sexuality in a very vulnerable way. A record that has a track filled with strings titled “Love You So Bad,” and I’m a sucker for pop songs based on string arrangements. The first track I heard on this record was “Maraschino-Red Dress $8.99 at Goodwill” and I was hooked. It also falls a bit into the space that the Let’s Eat Grandma record does; challenging our perception of what pop music can be. If these lists had been released, like, halfway through the year, this one would have probably been at the top of mine. 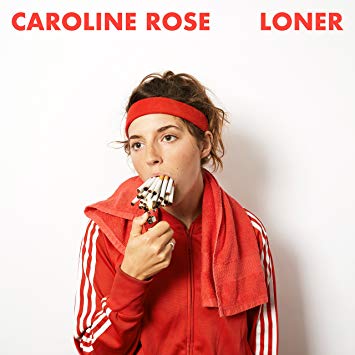 4. Caroline Rose – LONER. Caroline Rose pivoted this year, shifting into a style that she says was influenced as much by Britney Spears and Justin Timberlake as it was by ’70s punk. We spoke earlier in the year, and it was one of my favorite conversations I had this year. 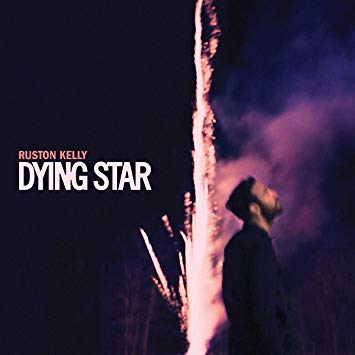 3. Ruston Kelly – Dying Star. Everything that Ruston Kelly has done since his EP feels extremely deliberate. It all feels connected. it all seems to be telling one cohesive story. It’s the best thing in Americana that you aren’t listening to yet.

2. Kacey Musgraves – Golden Hour. Two of my three favorite records this year came out of the same house. This is the one that will get actual trophies and such, but that’s still remarkable to me, as Kacey bucked mainstream country radio. She stayed true to her own identity; even found a somewhat unlikely embrace from the gay community. And at the end of that journey, she finds herself the most talked about thing in “country music” for 2018. A lesson to be learned, for sure. 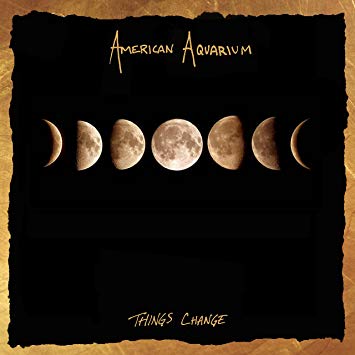 1. American Aquarium – Things Change. I think it was when American Band was released by Drive-By Truckers that Patterson Hood or Mike Cooley mentioned that the rest of America needed to hear “voices with our drawl saying these things.” BJ Barham has been writing great songs and putting out great records and touring harder than any musician in America for a decade. Here, he found something inside him that went beyond late nights and girl problems (maybe that’s because he’s since left those behind, and while he has released a solo album, he’d be the first to tell you that American Aquarium is the autobiographical project – not the solo material).

He examined a world that he recently brought his first child into, and tried to connect the person that he found himself becoming with the person that he may have felt like he abandoned in Reidsville, North Carolina. It’s every bit as important – especially for someone like me, also devastated by watching what rural America became in 2016 – as American Band and Jason Isbell & the 400 Unit’s The Nashville Sound. Will Hoge released a pretty special record in this extremely specific genre (Southern Liberal Bummer Jams?) this year, as well – My American Dream. (Check out all of that one, too, but start with “Still a Southern Man.”)

Here was a great chat I had with BJ about this one.

Honorable Mentions (in no order):